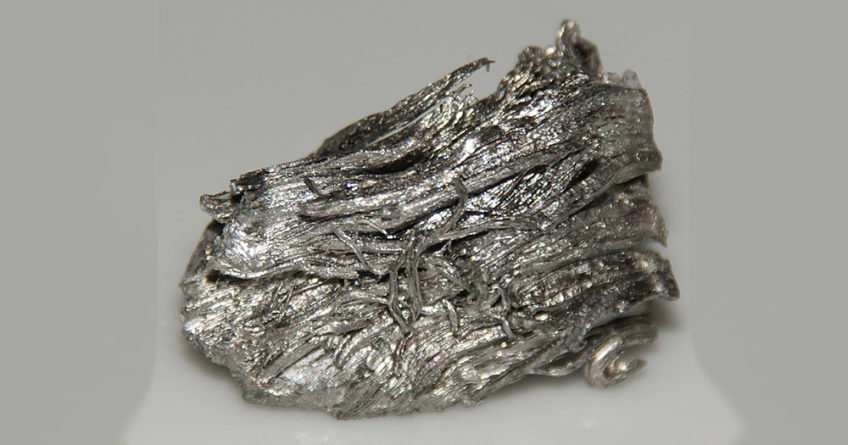 They are a group of substances used in the manufacture of hi-tech devices and larger renewable energy products. China currently has a stranglehold on supply. But should the world risk opening up new rare earth metal mines in the Arctic and Greenland?

Rare earth elements, or rare earth metals, are a set of 17 chemical elements originally discovered in Scandinavia. To some extent they belie their name by actually being relatively plentiful, yet they are still considered to be rare because of their geochemical properties and dispersal which makes them difficult to mine.

Certain areas across the planet have an abundance of certain metals or minerals. Saudi Arabia and the Persian Gulf have much of the Earth’s remaining oil reserves, Australia and Colombia are two of the largest coal exporters.

Africa has large deposits of gold, diamonds and platinum, while Brazil has large amounts of copper, iron ore and bauxite. As for rare earth metals, China currently has a stranglehold on supply. The country currently operates over 90% of the World’s rare earth metal mines.

However, it has reduced its export of the elements as it now wants to keep more for its own industry as it plans to build 120GW of wind generated electricity by 2020 – more than Britain’s entire electricity production.

The wind farms that it plans to build will account for a full year’s worth of Chinese production of rare earth metals (around 100,000 tonnes) and whilst this renewable energy boost is clearly positive in terms of reducing worldwide CO2 emissions it will leave other countries across the world without a supply of the elements.

Japan has been one of the first counties to react – requiring a large supply of rare earth metals for its massive technology industry – after in 2010 China cut its exports by 40% and temporarily banned exports to Japan during a political dispute. Japan is now stockpiling any rare earth metals that it already has and stating that it plans to open its own rare earth metals mine in Vietnam.

Yet the UK will probably have to look to other sources such as recycling the elements from disused electronic devices such as mobile phones and computers. Until the 1960s the US did have mines but as environmental regulations tightened and a price war took place, the last Californian mines were closed allowing China to take advantage of a virtual monopoly.

China now has a five-year plan between 2010 and 2015 over which time it intends to continue to reduce the export of rare earth metals. Yet reports suggest that the reasons for reducing exports of rare earth metals is more than just a Chinese national requirement for the elements – China wants counties such as the USA and the UK to outsource their manufacturing to China.

Reports suggest that there are alternative sources of rare earth metals, with mines planned for California, Australia, Arctic Canada and even Greenland. However, the environmental impact of opening mines in areas such as the Arctic and Greenland must be very carefully considered.

Should we risk polluting and pillaging some of the most undisturbed areas of land left on Earth to extract these elements? Even if that does mean that we can produce renewable energy devices to attempt to reduce CO2? Or are we just doing it for selfish reasons such as consumer technology?

There will also be a significant gap between now and when working mines can be established and producing rare earth metals when a shortage of the element will affect production and we will still have to rely on (or be held to ransom by) China’s exporters.

In the ventilation industry rare earth metals are a vital component of electronically commutated fans (EC fans). EC fans are essentially fans with a permanent magnet or brushless DC motor. They boast several advantages over AC fans such as increasing the efficiency of an application into which they are connected.

The Ingress Protection (IP) rating of EC fans can also be lower than that of an equivalent AC fan and the complex and densely populated commutation electronics (essentially an onboard inverter) are more susceptible to problems caused by high temperatures and humidity. For many environments the relative simplicity and robustness of the AC motor is still the most reliable fan solution.

The main issue, however, is not with the technology, which makes an EC motor more energy-efficient than an equivalent AC fan, but with factors surrounding availability such as delivery, price, certainty of supply and availability of the raw materials required to manufacture them due to the aforementioned difficulty in sourcing rare earth metals.

Unlike standard AC fans, that are available from stock from most manufacturers, lead times for EC fans are often in excess of 20 weeks. The World Trade Organization has ruled against China’s curbs on export quotas by requesting that China maintain continuity of supply to trade partners in Europe and the US.

But until new sources and reserves can be exploited in other areas of the world China will remain highly dominant in the supply of these materials to the rest of the world.

Price is also an issue as EC fans tend to cost significantly more than their AC counterparts. If an AC fan costs £100 the EC equivalent is often three times that amount. Certainty of supply is a real issue.

Some users report that at times of high demand for EC fans that production allocation appears to be allocated strategically, which is probably related to the biggest problem – the uncertainty of supply of rare earth metals needed to manufacture EC fans.

In such a climate is there not cause for some caution and evaluation of other technical solutions that offer greater efficiency without the other risks? Otherwise are we not in danger of swapping complete dependency on oil for an equally insecure dependency on rare earth elements?

Alasdair Howie is the marketing manager for Soler & Palau